The Great Seal of the State of Nebraska is a well known symbol of the state and is used to authenticate official documents. The Nebraska Constitution provides that the seal is to be kept by the secretary of state and used by him or her as directed by law. Legislation creating the original seal was passed in 1867.

The seal’s design is as follows: On the eastern part, a steamboat is ascending the Missouri River. The mechanic arts are represented by a smith with hammer and anvil. Agriculture is represented by a settler’s cabin, sheaves of wheat and stalks of growing corn. In the background, a train is heading toward the Rocky Mountains, which are in view in the west. In the top of the circle is the state motto: “Equality Before the Law.” The circle is surrounded with the words, “Great Seal of the State of Nebraska, March 1st, 1867.”

Legislation was passed in 1867 that required the secretary of state to procure an instrument to stamp the seal, and $25 was appropriated for the purchase. To carry out the law, a cast-iron press in the shape of a lion’s head was purchased.

The lion’s head press, which imprinted the seal, was used for official business for a remarkable 138 years. In 2005, Secretary of State John Gale retired the historic press after it was showing its age and was in danger of breaking. It was replaced by a new toggle-hand press.

However, the lion’s head press has not been forgotten. It was refurbished and is prominently displayed in a glass case in the Secretary of State’s Office. 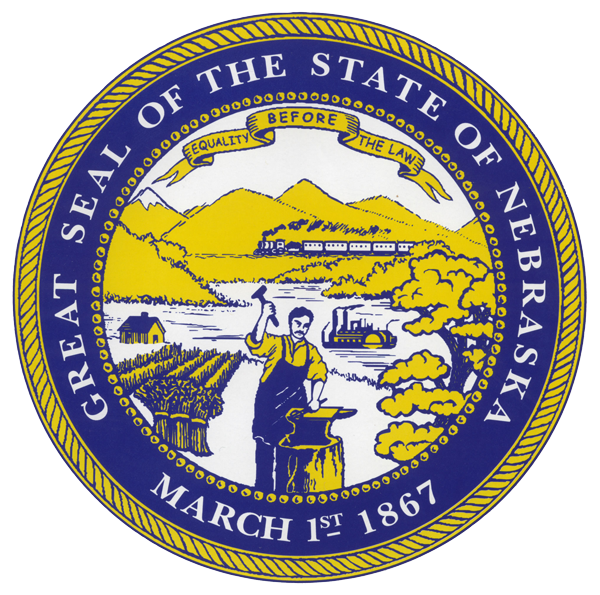 Permission to Use the State Seal

The state flag was designated by legislative action in 1925. It consists of a reproduction of the state seal, charged on the center in gold and silver, on a field of national blue. State law says no part of the state flag is to be used as a business advertisement or trademark, and insulting the flag is forbidden. State law also requires the flag to be displayed under or to the left of the U.S. flag on or near the State Capitol, the Governor’s Mansion, courthouses, city or village halls, schoolhouses and other public administrative buildings. The original state flag is displayed in the Secretary of State’s Office. 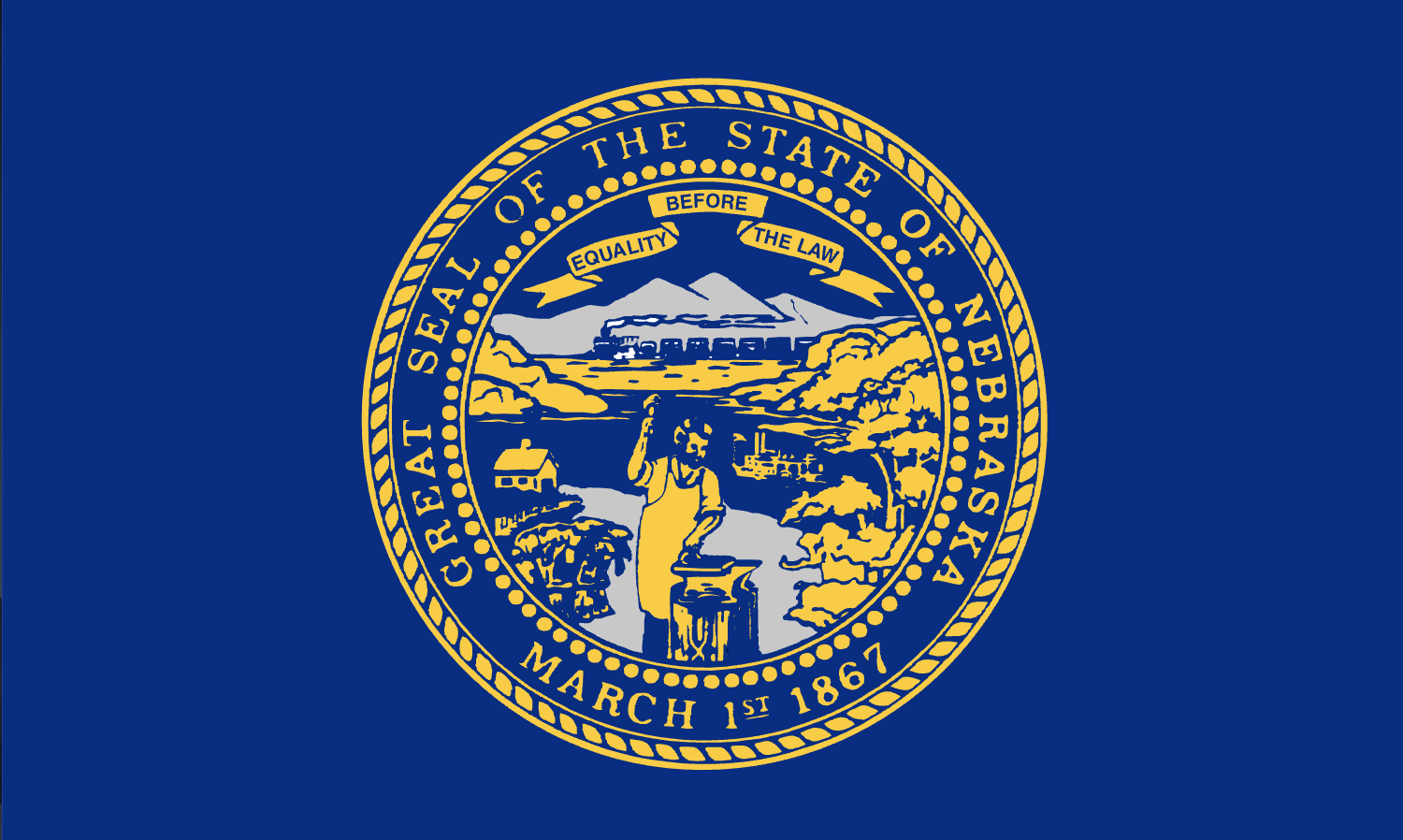 Permission to Use the State Flag

The design has a pioneer family, a covered wagon and Chimney Rock in the background. The design honors the vitality, spirit and determination that have long been trademarks of Nebraska.

Chimney Rock, located in the North Platte River valley near Bayard, gained fame as a landmark during the 19th century U.S. western migration.

Chimney Rock was known as the most famous landmark on the Oregon-California Trail. Nearly 500,000 people traveled past Chimney Rock from 1812-66.

At the time of the migration, the landmark was taller and shaped more closely to resemble a large chimney. Time and weather have eroded the clay and sandstone rock formation.

The committee undertook an elaborate process from 2003-05 to develop a design for the quarter. The committee considered some 6,500 designs submitted by the public.

Heineman announced his selection of the Chimney Rock design at a June 1, 2005, news conference at the State Capitol.

“Beautiful Nebraska” was created in the 1960s by the late Jim Fras and the late Guy G. Miller, both of Lincoln. Fras composed the music, and the two men wrote the lyrics, according to the sheet music.

Fras, a Russian immigrant and musician, said he got the idea for the song during a drive in the countryside near Lincoln.

He parked his car by a clump of trees near a farmer’s field. While resting on his back in tall grass and looking at the bright, blue sky, a new melody popped into his head. He hurried home, where he sat down at the piano and quickly finished the melody and wrote it down.

Fras and Miller, who were friends, later created the lyrics to the song. One of Miller’s avocations was poetry.

During the 1960s, the Nebraska Legislature debated selection of a state song. Many songs were considered during the selection process, and Fras lobbied hard for “Beautiful Nebraska.”

In 1967, Sens. Richard Marvel, Jerome Warner, Harold Simpson and Eric Rasmussen proposed LB 535, which designated “Beautiful Nebraska” as the state song. The bill was passed on a vote of 31-4, and Gov. Norbert Tiemann signed it into law on June 21, 1967. That was the year Nebraska celebrated the centennial of its statehood.

It was Fras’ idea and dream to have “Beautiful Nebraska” become the state song.

“I could write another Nebraska song, but it wouldn’t be as good as this one. No one asked or ordered me to write it. I wanted to pay tribute to my adopted state.”

Since its adoption as the state song, “Beautiful Nebraska” has become treasured by Nebraskans. The song is widely regarded in the state as a classic – a simple ballad that anybody can sing.

The song eloquently captures the essence of the state and its people: “Beautiful Nebraska, peaceful prairie land …. You will find a rainbow reaching to the ground.”

The western meadowlark (Sturnella neglecta) was designated the state bird by legislative action in 1929. The western meadowlark is abundant throughout the state and is noted for its joyous song. The birds are eight to 11 inches long and are brown and streaked above, with bright yellow underparts interrupted by a bold crescent of black across the upper breast and white outer tail feathers. The birds nest on the ground in grassy fields or meadows and feed largely on insects. 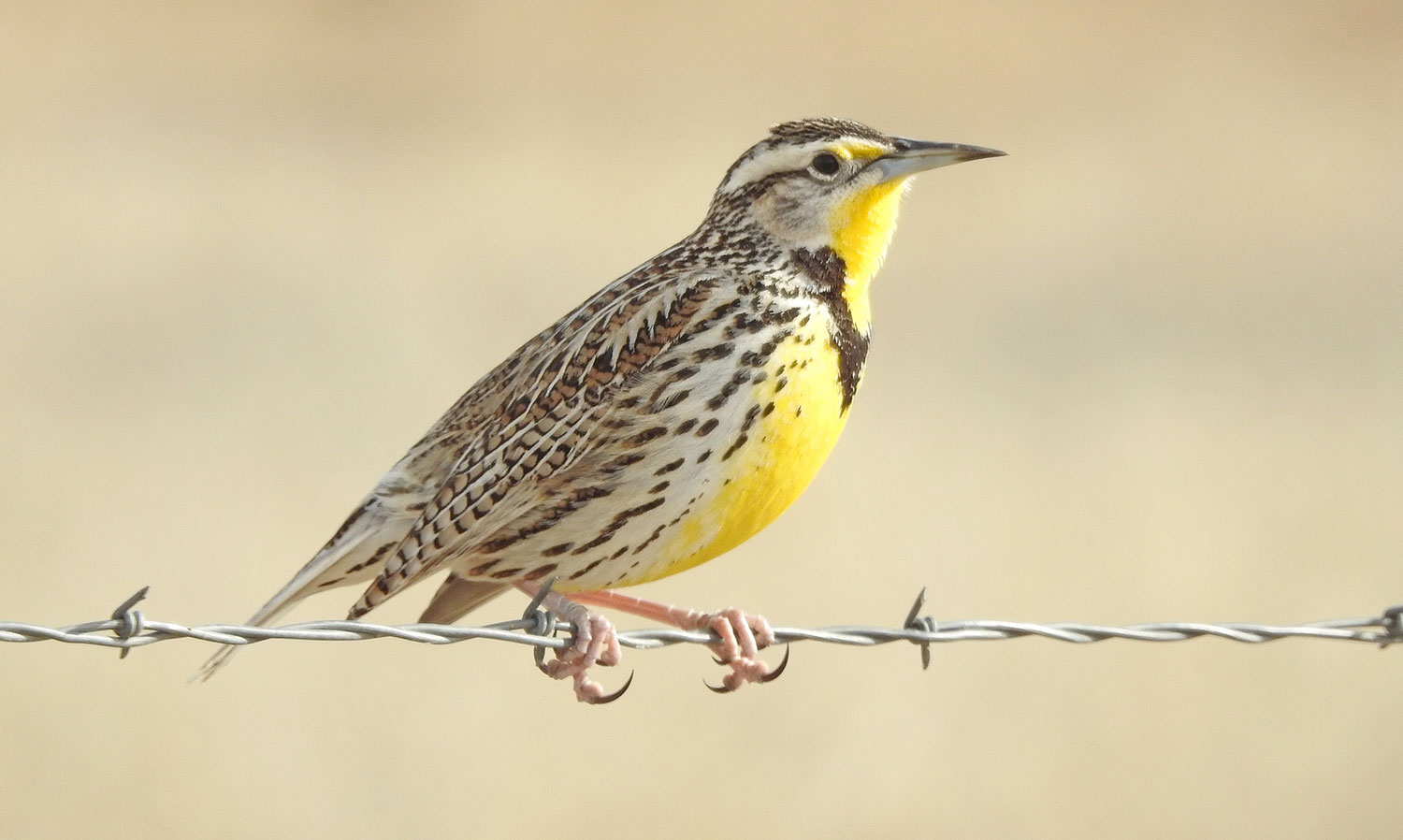 In 1997, Gov. Ben Nelson declared the channel catfish (Ictalurus punctatus) to be the state fish. The channel catfish is a popular sport fish that is often used for food. It has distinctive barbels or “whiskers” that are covered with taste buds. Its diet consists of aquatic insects, crayfish, fish, frogs and plant material. Channel catfish spawn during summer in cavities created by tree roots or rocks and often defend their nests. 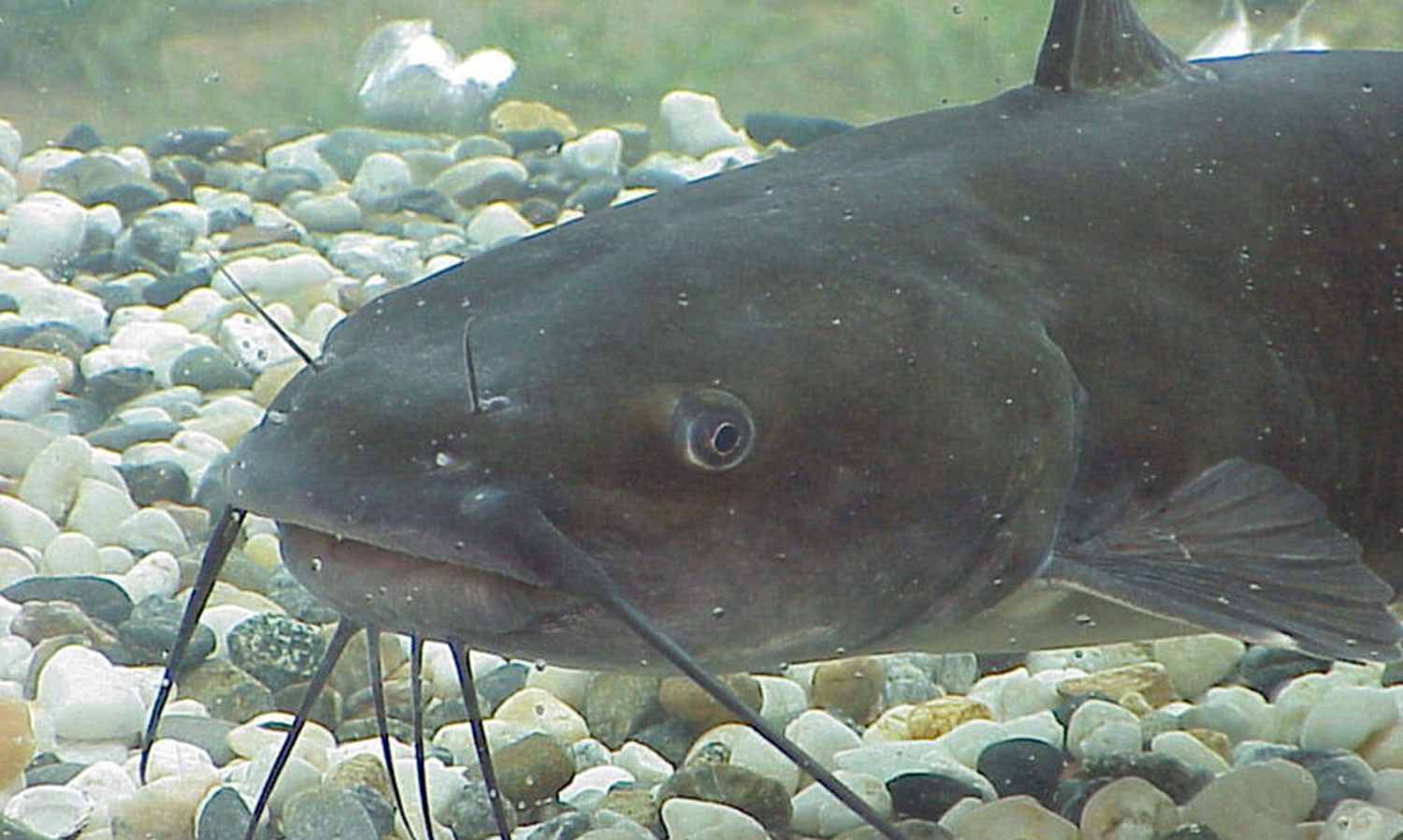 The goldenrod (Solidago serotina) was declared the state flower by legislative action in 1895. Numerous species of goldenrod grow throughout the state. The goldenrod is an erect, coarse-looking perennial herb that is usually about two or three feet tall. The small flower heads, which are almost always yellow but sometimes have cream-colored or white rays, are grouped into either elongated or flattish clusters. The flowers appear from July through October. 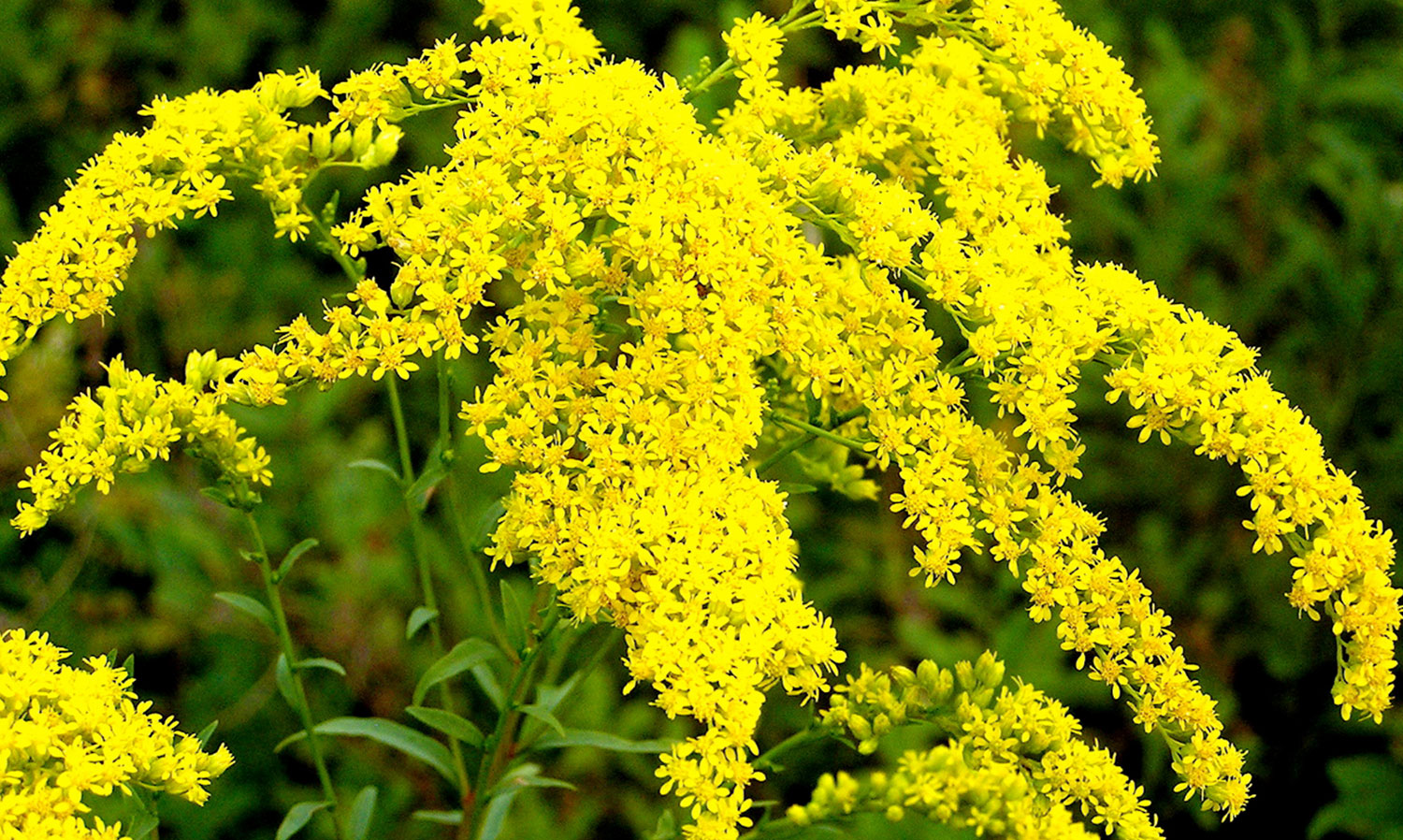 Blue chalcedony, commonly called the blue agate, was named the state gemstone by legislative action in 1967. A pale stone, the blue agate sometimes has a dark internal form with bands of blue and white and often has a colorless streak. Blue agates are used to make jewelry. The blue agate can be found in northwestern Nebraska, where it formed in wind-blown silt and claystone. 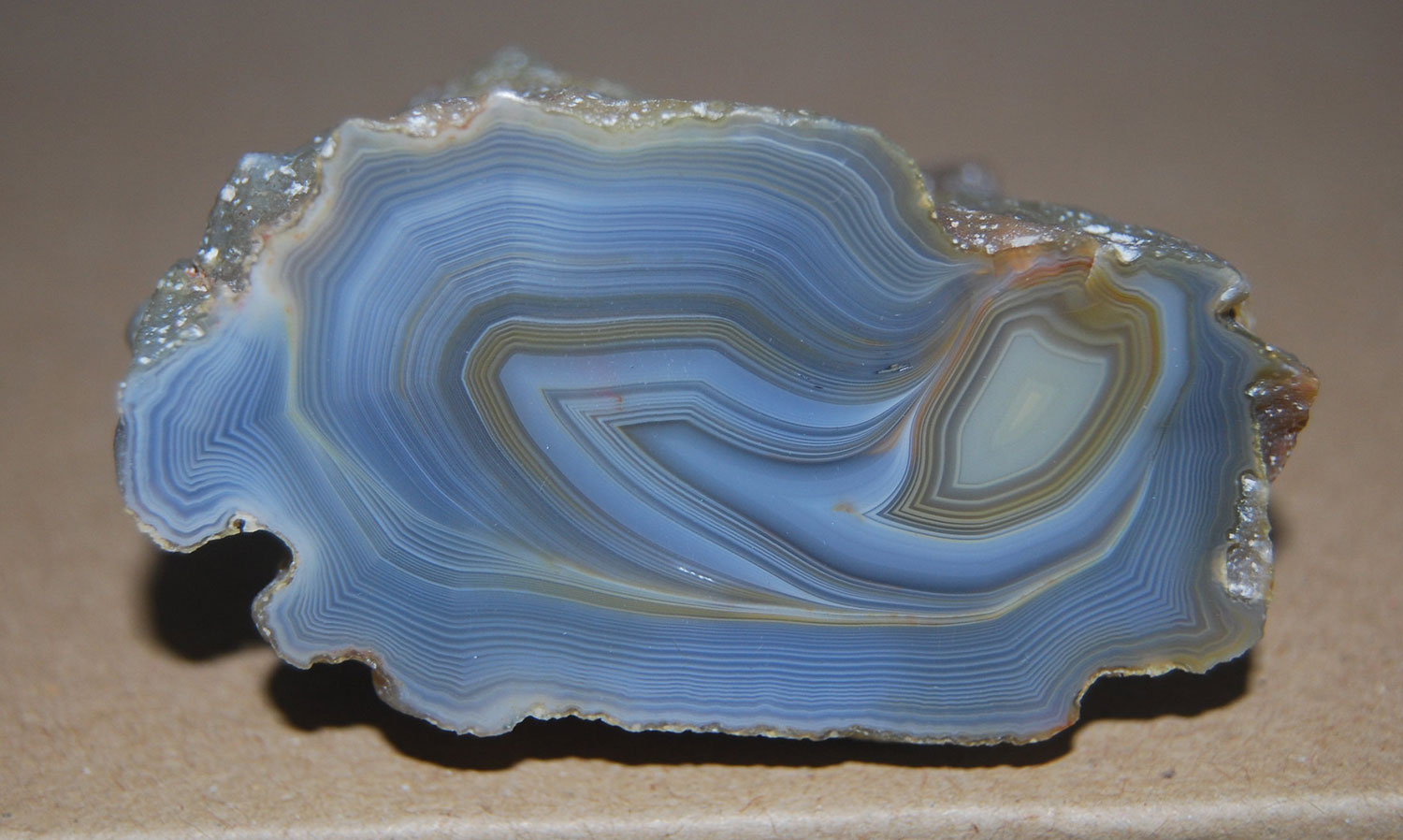 The 1981 Legislature designated the white-tailed deer (Odocoileus virginianus) as the state mammal. The white-tailed deer is an herbivorous hoofed mammal found in farmlands, brushy areas and woods. The feeding habits of white-tailed deer are flexible: they graze on green plants; eat acorns, nuts and corn in the fall; and browse on woody vegetation in the winter. White-tailed deer hunting is a popular recreational activity in Nebraska. 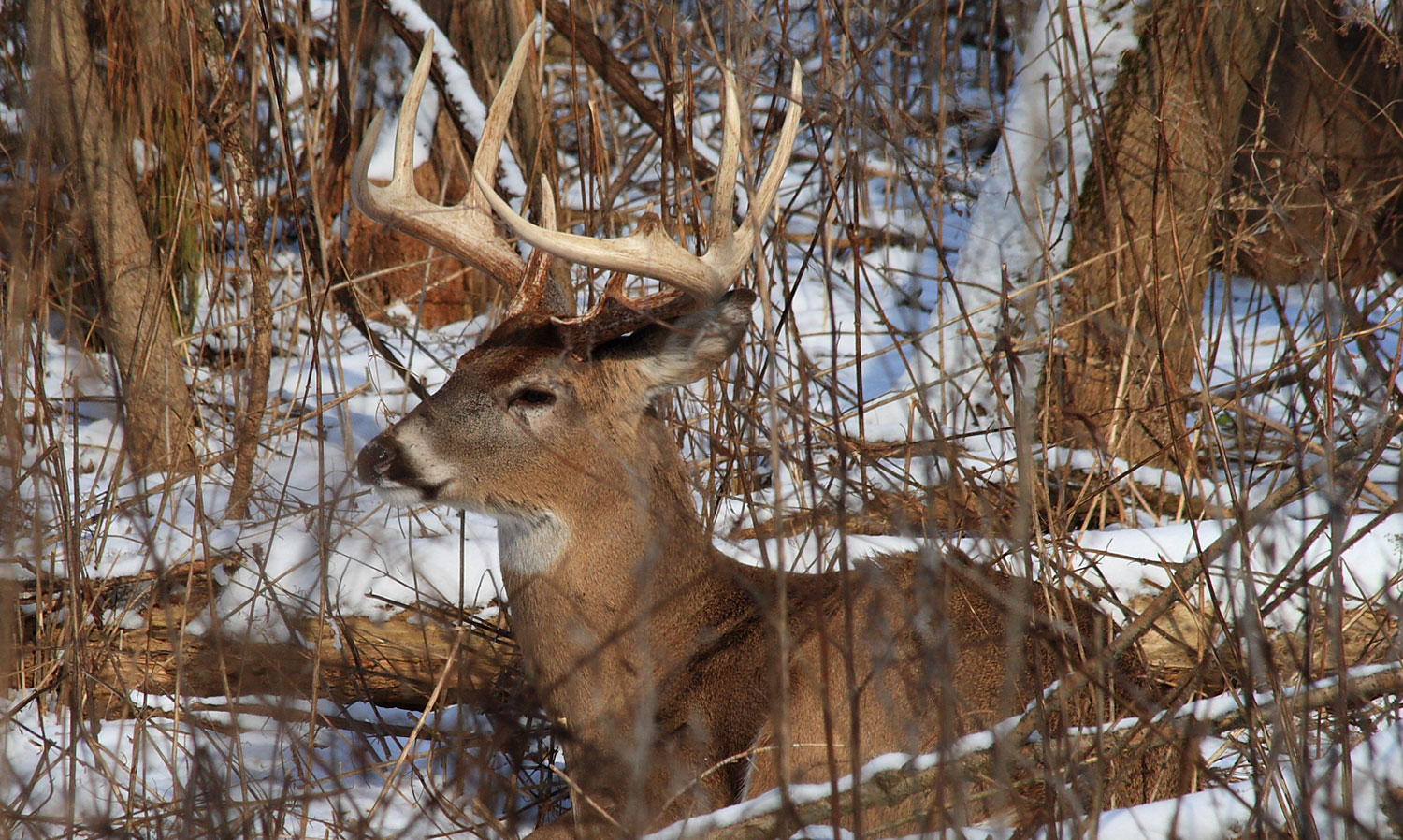 Photo by d_jgreene/Flickr (all rights reserved).

The prairie agate was declared the state rock by legislative action in 1967. Agate is a semiprecious stone, and Nebraska has an abundance of it, especially in the Oglala National Grassland. Agate is a variegated quartz noted for its layered varieties. In most specimens, the bands are coarse and differ in color and translucency, as well as in compactness and porosity. The prairie agate, distinguished from most other agates because it seldom has these bands, is still colorful, has a rounded irregular shape and is popular for jewelry. 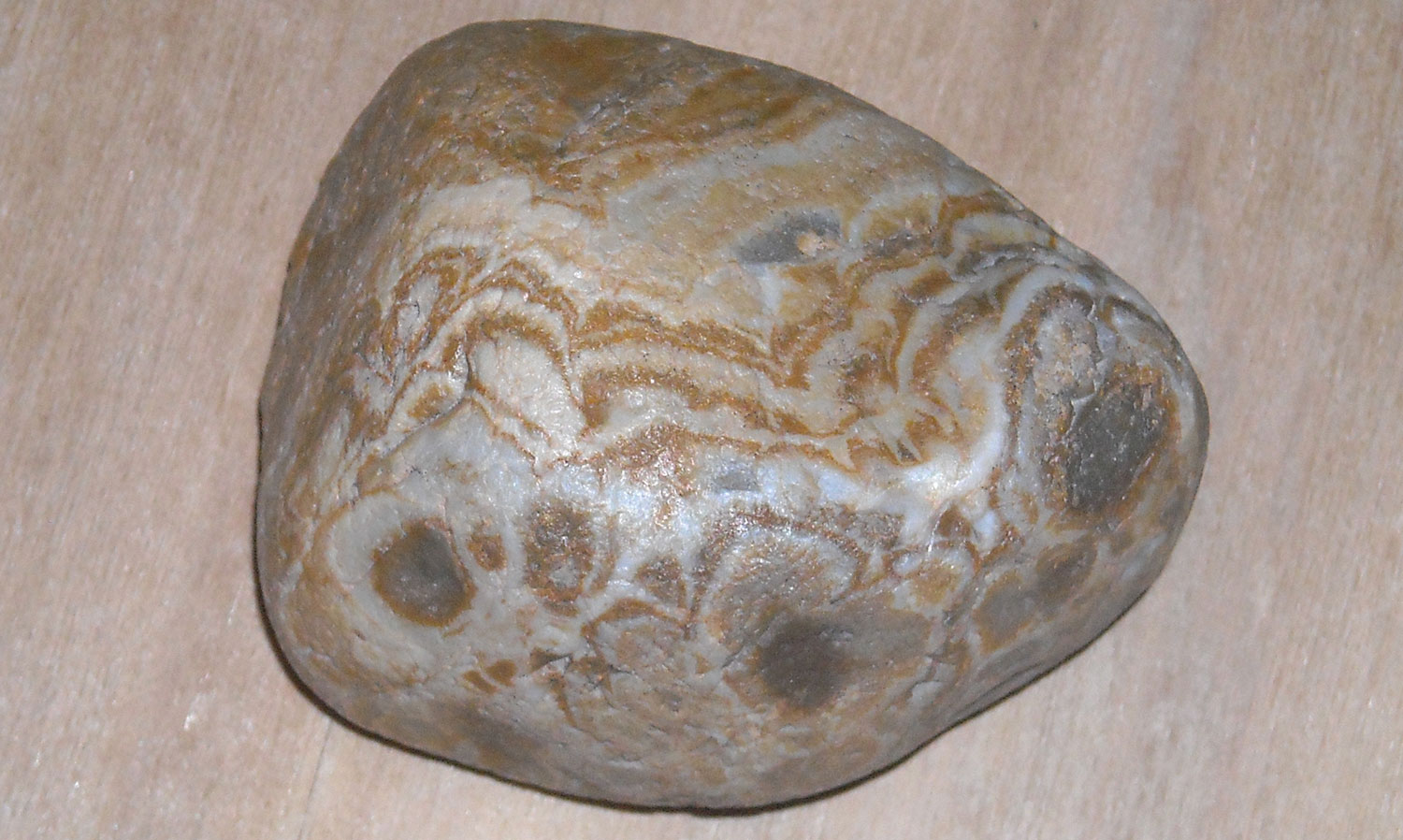 The 1972 Legislature named the cottonwood (Populus deltoides) as the state tree. The cottonwood often is associated with pioneer Nebraska. Several famous early landmarks were cottonwood trees, and their shoots often were collected by settlers who planted them on their claims. Today, the cottonwood grows throughout the state. 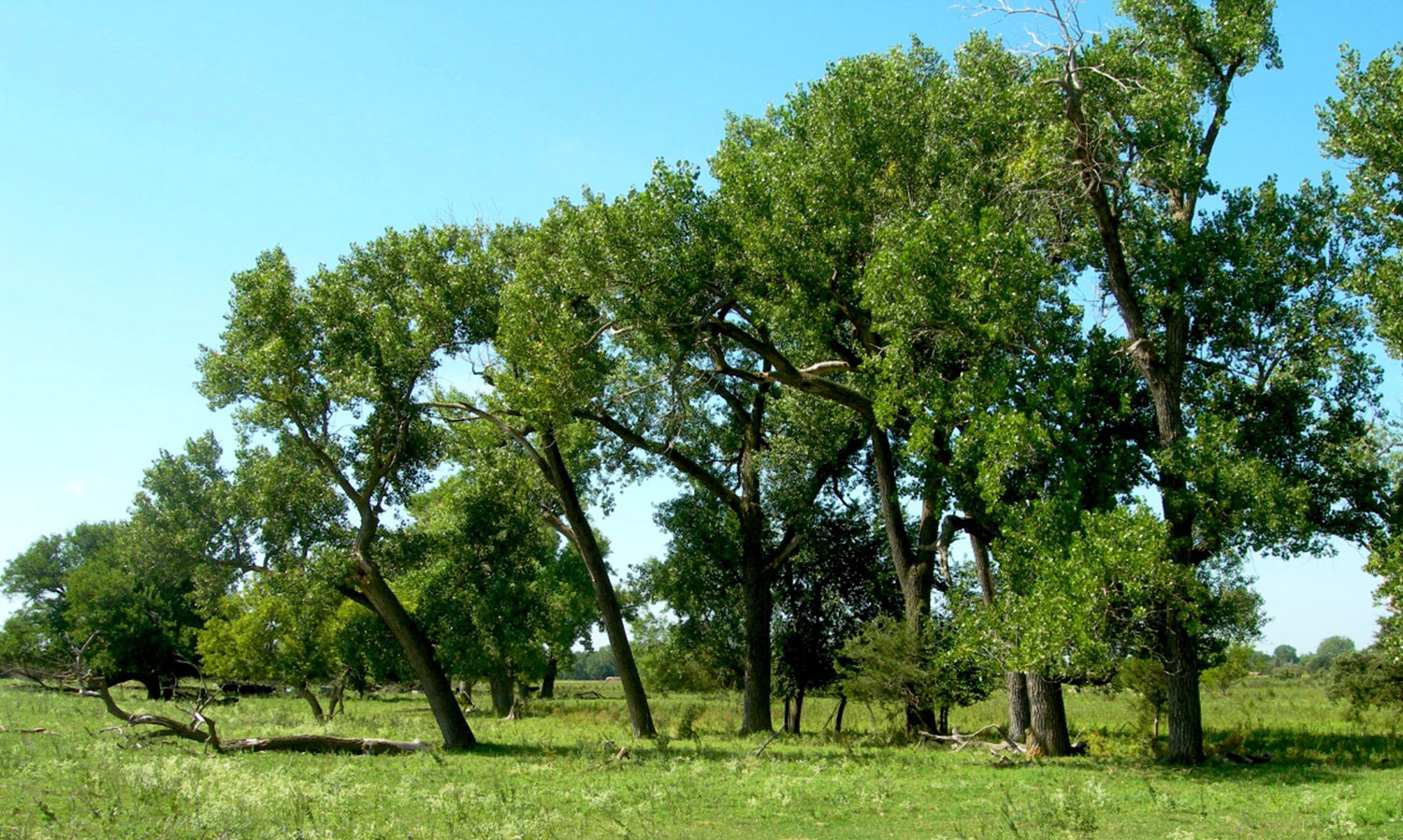 Photo by RDScheer/Flickr (all rights reserved).

Little bluestem (Schizachyrium scoparium) was designated the state grass by legislative action in 1969. Little bluestem, a vigorous native prairie grass, grows throughout the Great Plains and beyond. In central and western Nebraska, it grows in bunches and is sometimes called bunch grass. In some areas, it also is known as beard grass. The grass is an important native hay and forage grass. 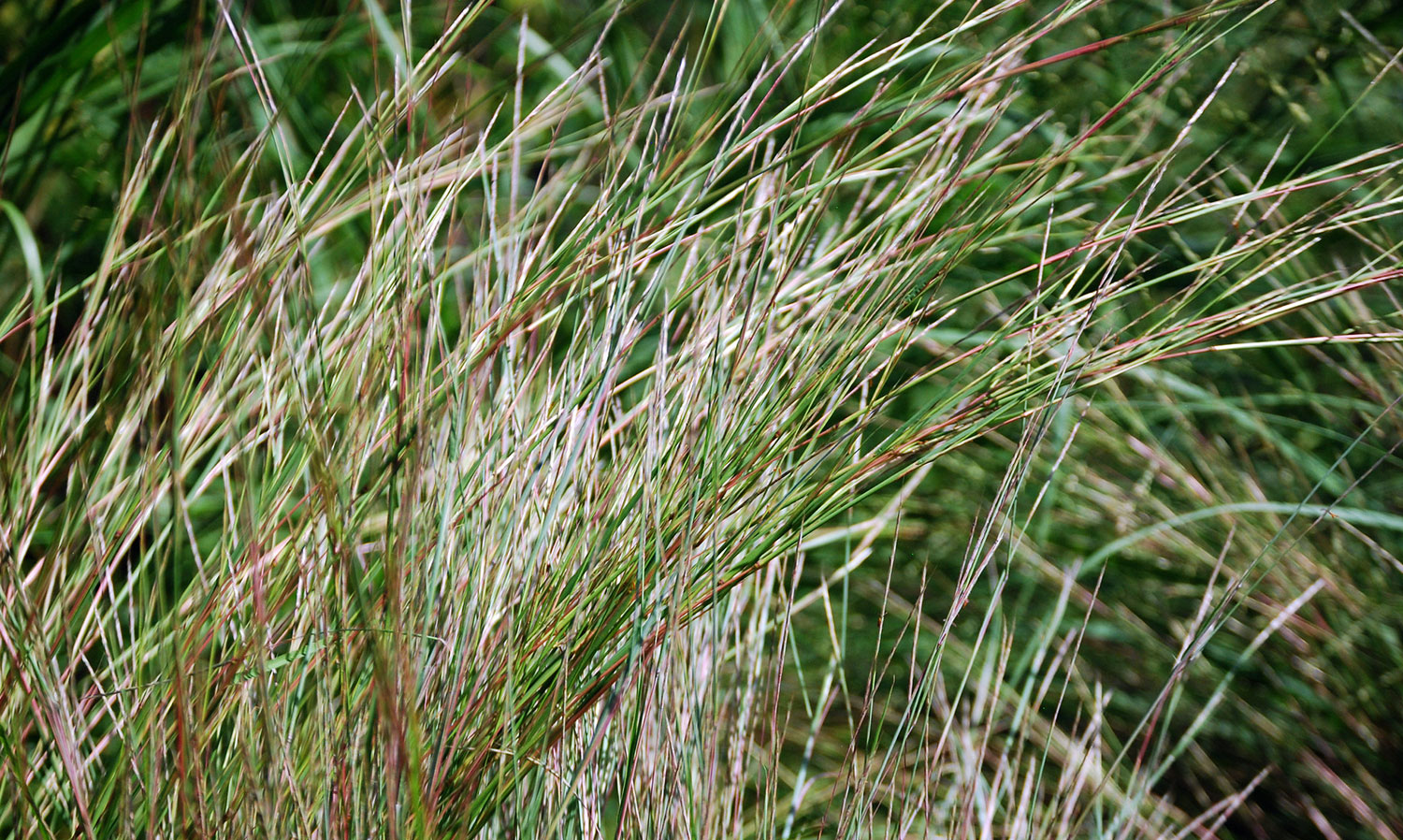 The honeybee (Apis mellifera) was named the state insect by legislative action in 1975. Besides honey, honeybees produce beeswax, which is used in adhesives, candles and cosmetics. Honey production is an industry in Nebraska. Honeybees spread pollen from one plant to another, thus pollinating the plants and enabling them to reproduce. Numerous food crops and wild plants depend on bees for pollination. 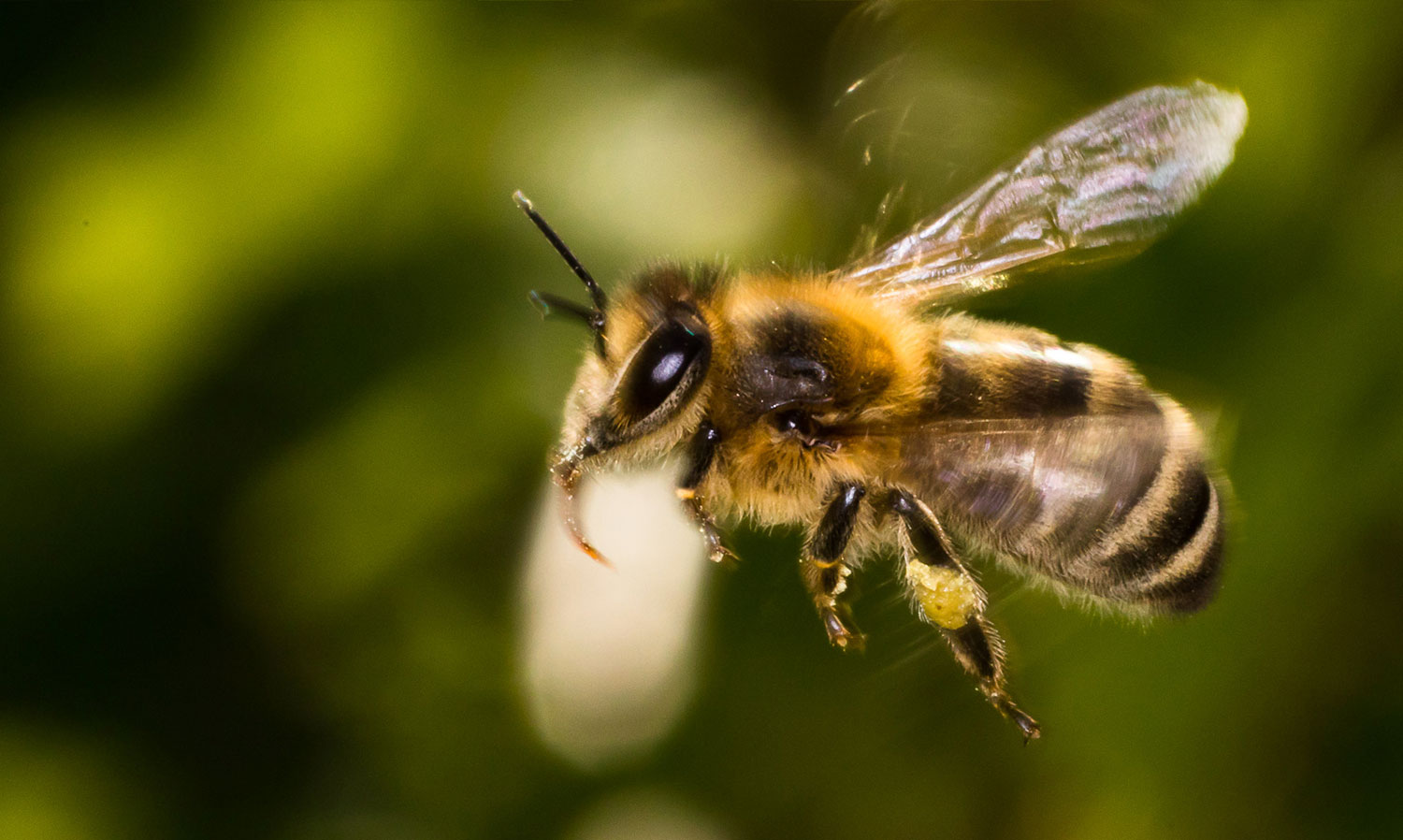 Tour of the State Capitol